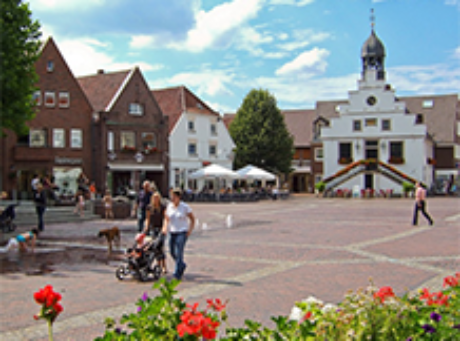 The almost 1030 year old history of the city invites you to an exciting excursion along the numerous well preserved historical buildings and places. Nature and landscape in a pure form have been luring tourists into the city and the region for many years. However, this is not contradicting the existence of busy economic activities of the approximate 2.500 industrial and commercial operations in Lingen. Business establishments as well as private persons profit from the well structured traffic connections of waterways, road systems and rail.

There are more than 56.000 citizens living in the heart of Lingen and the urban districts. Most of them live in single-family homes in generously arranged residential neighborhoods. The wide variety of retail, restaurants and last but not least the weekly market taking place on Wednesdays and Saturdays are worthwhile a visit. Lingen presents a variety of social institutions, cultural sites, sports clubs as well as an enormous offer for further education which complement all the demands and round up the picture. These are the many facts that make Lingen the economical and cultural center of the Emsland region. (sources: text City of Lingen; image Helmut Kramer)

The "city of the Kivelinge"

In the 14th century the young, bachelor sons of the bourgeoisie ('Bürgersöhne') courageously defended the fortified town, then under siege. A heroic act that earns them the right to celebrate their “Kivelingsfest” every three years on the marketplace in Lingen. 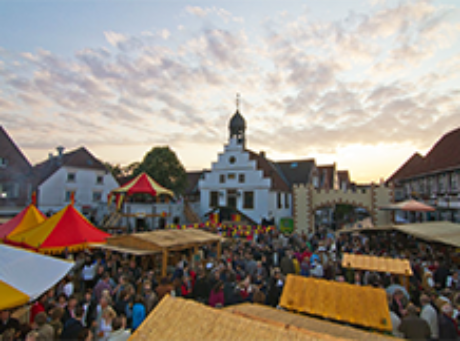 Recordings in the still preserved 'Kompaniebuch' (military company log book) from 1786 show that the founding year of the 'Kivelinge' (“small fighters”) was the year 1372. It describes how the male population was drastically reduced in a siege. As a consequence the citizens of Lingen were unable to do anything else but sent its young men (16 and older) to defend the fortress walls. Lingen can be grateful to the lion-like courage of these brave sons that it didn't fall prey to the enemy. (sources: text City of Lingen, image: Fotoclub Blende 86) 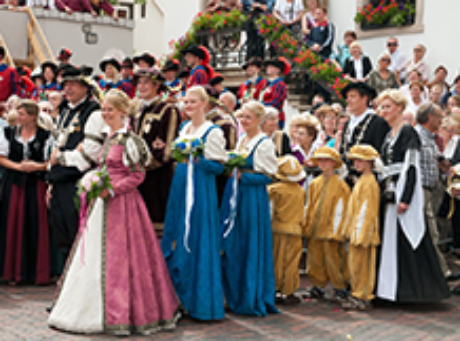 Directly after the ROSEN Energy & Innovation Forum 2014 the Kivelinge celebrate their ancient "Kievlingsfest" in Lingen, a folk festival taking place only every three years. You should not miss the chance to see brave defenders, beautiful ladies and the original charme of the Emsland region. Get back the the medieval on a visit to the "Kivelingsfest"! (source: Kivelinge Lingen, 2011)