Member of the panel 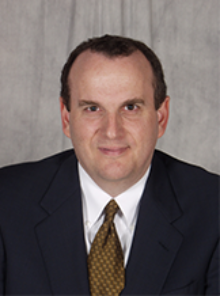 Career
Cliff Johnson joined Pipeline Research Council International (PRCI) in September 2010 as President. Prior to joining to PRCI, Mr. Johnson spent 13 years at NACE International, where he has held a variety of positions during his career.

His most recent position was as NACE’s Director of Public Affairs where he led NACE’s legislative initiatives. Prior to NACE he worked for Texas State Senator Gregory Luna as a Legislative Aide. He has also worked for US Senator Kay Bailey Hutchison, the Governor of Texas Ann Richards, and US Congresswoman Connie Morella.

Mr. Johnson earned his Master of Public Affairs from the Lyndon Baines Johnson School of Public Affairs at the University of Texas at Austin, and a Bachelor of Arts in Political Science from Austin College in Sherman, Texas. He has obtained his Certified Association Executive (CAE) designation and is active in the American Society of Association Executives. He currently lives with his wife, Courtney, and five children (Emma, Oleg, Vivian, Lena, and Hana) in Centreville, Virginia.