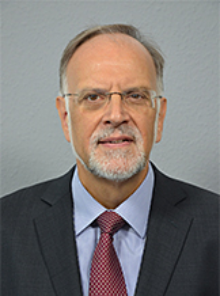 Career
Gerhard Knauf graduated in Physics at the University of Aachen, Germany, in 1977. From 1977 to 1982 he worked in the field of the applicability of elastic‐plastic fracture mechanics at the Max Planck Institute for Steel Research, Düsseldorf, Germany. He took his doctorate in natural science (Dr. rer. nat.) at the University in Aachen in 1982.

In 1982 he joined the Salzgitter Mannesmann Forschung GmbH, ”SZMF”, in Duisburg,
Germany. In 1997 he became Head of the Division “Mechanical Engineering” and is responsible for the areas of

After working for several years on technical committees of the European Pipeline Research Group (EPRG), he was elected the Secretary General of the EPRG in 1997.