A 10”, 600-meter-long line, built in 1961 to transport fuel for use in aircraft turbine engines, was in need of inspection. The pipeline had previously received an external inspection using long-range ultrasonic testing (LRUT), and two defects were detected.

The pipeline was then taken out of commission. The operator’s goal was to complete a full inline corrosion inspection so that it could eventually be returned to service. The pipeline posed several physical challenges, one being the lack of launching or receiving facilities, another being the out-of-service condition, due to which there was no flow of medium to propel the tool. In addition, the pipeline has 1.5D bends, and the inspection needed to be performed within two months of the initial inquiry. 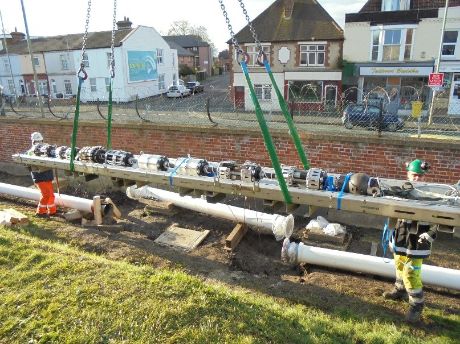 Following an onsite visit, several inspection options were evaluated. Considering the main challenges, ROSEN and the customer concluded that a self-propelled inspection solution would be the most suitable approach. An advantage of a self-propelled solution is that it does not require the line to be pressurized, thus reducing the risk of liquid spills from leaks.

The self-propelled inspection solution, a tailor-made MFL unit configured to offer the same inspection capabilities as free-swimming devices, was adapted to ensure the highest-possible performance and to address specific issues such as the higher drag created by the magnetizer touching the pipe wall and the adhesive forces resulting from the magnetic field. To overcome these particular challenges, a powerful propulsion system was integrated, which consisted of two crawler units on either side to create pull in either direction. The unit was based on cams which hold onto the pipe and provide sufficient force to pull all remaining units.

The decision was made to control the tool via a tether so a live image of the pipe interior was available throughout the inspection period. The tether also served as a recovery option. In the event that the tool would be unable to back out of the pipeline on its own, the cams would collapse and the tool could then be pulled out via the tether. 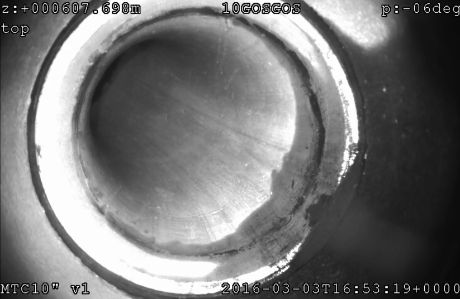 ROSEN personnel worked closely with the customer to arrange for the inspection to be performed as soon as possible to meet their timeline. Because the tool is bidirectional and self-propelled, only one entry point was required. Once on site, ROSEN’s scope of work included purging the line with nitrogen to ensure a safe working environment and then performing the actual inspection.

Due to the urgent need to put the line back into service, ROSEN equipment and personnel were mobilized two days after the contract was awarded. The fieldwork was completed eight days later, and the final inspection report was delivered within three weeks. The project was successfully performed within the pre-agreed time frame and to the satisfaction of the customer. 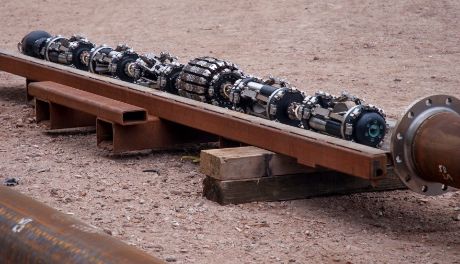 Safe operation: The MFL inspection data gives the operator a complete overview of the pipeline’s status with regard to corrosion. Armed with this information, the operator can now make the correct integrity management decisions to return the pipeline to service so that it can operate safely and efficiently.

Performance: The site work was completed within two months of the first inquiry from the customer and within ten calendar days of signing the contract. The rapid service delivery allowed the operator to quickly assess the integrity of their pipeline.