Cognitive bias is a term that refers to the systematic ways in which a person’s decision-making is influenced based on the context of the information received and their own perception. In this article, Michael Smith, of the ROSEN Group, introduces this phenomenon with a special focus on our individual blind spots.

At conferences I like to introduce my topics with a short story, usually involving this little character.

He’s a pipeline operator and he’s had a number of pipeline problems over the last few years. Fortunately, I always solve his latest problem by the end of my 20 minute presentation.

So which one do you prefer? The long, thin desk A, or the shorter, fatter desk B?

Well… it may surprise you to hear that both of these tabletops are drawn exactly the same size. If you do not believe me, grab a ruler and measure the sides.

This little trick is known as the “Shepard Tables” illusion, and it is a good example of cognitive bias – a systematic error in judgement that arises in human cognition. Cognitive biases can make you see, hear, think or feel things that are not quite right. That can result in bad decisions.

Perhaps the most alarming trait of cognitive biases is that you cannot shake the faulty perception, even when you know that you are wrong. The bias is a built in feature of your brain.

More specifically, the tables illusion is a side effect of your three dimensional perception. When we are moving through the three dimensional world around us (like when we are driving a car or running away from a bear), this quick visual processing system is immensely useful.

The only problem is that the system can be tricked, even by something very simple like a two dimensional drawing of a three dimensional object. You cannot “unlearn” the way you see the world (unless you’re happy to crash your car or get mauled by the bear), so you just have to live with the possibility of being tricked. 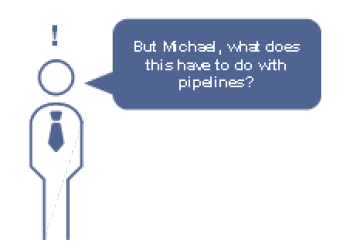 The pipeline industry, like many others, is undergoing a digital transformation. That means we are transitioning towards an era in which digital technologies will underpin all of our business activities. Whether it is data analysis or engineering, recruitment or marketing, more and more of what we do is facilitated by machines.

And is it any surprise? Today’s commercial computers operate at processing speeds in the GHz range. That means billions of operations every second, without getting bored, tired or asking for money. You cannot compete with that.

To rub even more salt into the wound, computers do not have cognitive biases. So when a well programmed machine observes the Shepard Tables, it sees two identical parallelograms – and thinks you are stupid.

In conclusion, we should all be replaced by machines. Right? 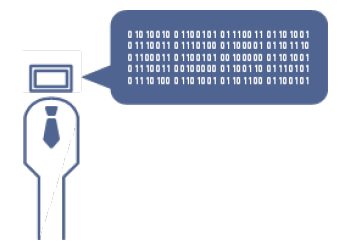 Humans have plenty of qualities that today’s machines cannot reproduce: individual and collective experience, ethics, intuition, and an empathic understanding of human behavior, to name a few. We are also the ones that think creatively, design the hardware, write the algorithms and keep everything running smoothly.

So let us not give up just yet.

What I would say is that the onus is on the human workforce to maintain its relevance. That means developing competency with computing, data and statistics. But it also means fighting our cognitive biases. 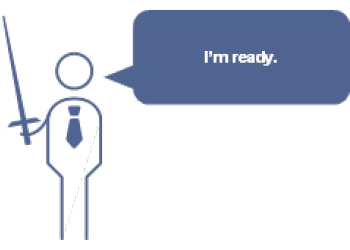 To start off the proceedings, here is a quick fire questionnaire. For each question you answer with a “yes,” you score 1 point. If the answer is “no,” you score 0 points. Answer as honestly as you can. 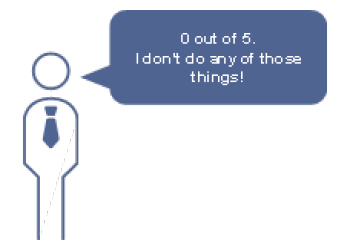 If, like our faceless friend, you scored 0 out of 5 (or indeed anything below 5), you may be suffering from “bias blind spot.” This is the cognitive bias of underestimating the extent of your own cognitive biases! Overcoming this is the first step on the road to recovery.