Growing together and giving back

Our company trusts in the power of working in teams. We believe that teamwork helps us to use synergies and potentials within the company. However, the promotion of team spirit does not only refer to the professional lives of our employees, but also to their leisure time. A healthy spirit prefers a healthy body and therefore we are proud to sponsor various sporting activities for our employees all over the world. Our focus is on team performance such as mastering the challenges together and meeting new faces that will become not only colleagues, but possibly even friends. Take the bike ride from Newcastle to Aberdeen for example. Our colleagues did not know each other well before, but mastered this tour and grew together to a great team. Moreover, this is probably true for all sports teams as you can read further below.

Defeating the Highlands as team 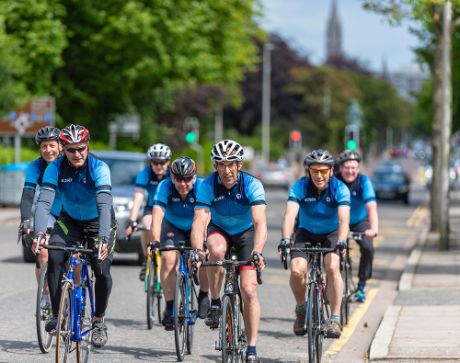 Some of our employees from ROSEN UK hatched the plan to bicycle between the Newcastle and Aberdeen offices to raise money for the North of England Children’s Cancer Research fund (NECCR) – based in Newcastle – and Charlie House – based in Aberdeen. On June 28th, they started their five day, 466 km ride from Newcastle across the rough Scottish countryside to Aberdeen. Even though some bicycles needed repairing, nothing could discourage the group. Neither the rain nor the high elevation of the central highlands could hinder their can-do attitude. That is what we understand by team performance!

Aladdin on the flying carpet 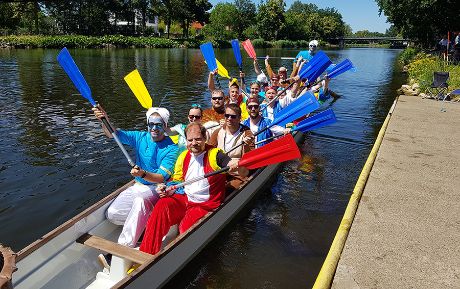 You don’t need to wear a jersey to perform great as a team. In fact, one ROSEN team from our office in Lingen, Germany, choose instead to don colorful costumes. The “ROSEN MatROSEN” team participated in the 15th Dragon Boat Cup on the Dortmund-Ems-Canal in Lingen, Germany. Dressed up as Aladdins, Jafars, Jasmines, Genies, Abos and Iagos, they rowed their way across the canal towards the finish line as fast as they could as a team. Although they finished in the middle of the 22 participating teams, for the second year in a row (and the third time in the past four years) they won the prize for the best costume. The ROSEN team showed their creativity and teamwork, even making their very own “flying” carpets.

A ride for a cure 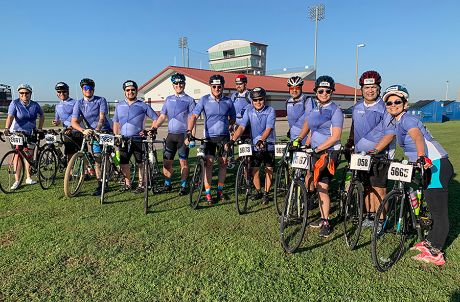 Our employees regularly participate in competitions for a good cause all over the world. Take the largest fundraising bike ride in the world, the BP MS150, and our employees from ROSEN USA, for example. Our cycling team participated for the second year in a row and raised a sum of $10,000 to help find a cure for Multiple Sclerosis. During the ride from Houston to Austin, the cycling team enjoyed an extraordinary experience driven by camaraderie, passion, inspiration and fun. This bike ride perfectly connects team spirit with ROSEN’s principles of “Caring” and “Can do” attitudes. Additionally, our employees from ROSEN Canada joined the MS150 bike ride this year in Canada as well. 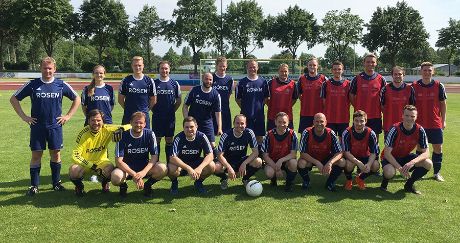 Another event also represents ROSEN’s team spirit very well. The “ROSEN Classico” is an annual soccer tournament that brings employees of various departments and locations together. This year, 15 teams consisting of employees from Oldenzaal, Netherlands, Newcastle, UK, and Lingen, Germany, competed against each other in the tournament that was hosted in Lingen. 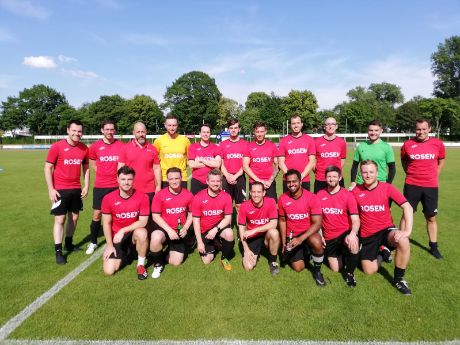 The teams played in a thrilling competition through the group phase, quarterfinals and final. At the end, a team from Lingen won the tournament. Through this gathering, our employees got the chance to get to know colleagues they otherwise may not have met, through some friendly competition.