Giving Back across the ROSEN World

All across the ROSEN world, our employees are constantly committed to our company’s goal of supporting society and the environment. This includes donations as well as athletic eﬀorts that serve a good cause. The social contributions made by the worldwide locations of the ROSEN group are very important to us. We believe that corporate social responsibility is another creative opportunity to strengthen our company while, at the same time, supporting society. Let’s take a look at the various contributions made by the different ROSEN teams from our locations all around the world.

FOCUS ON THE ENVIRONMENT 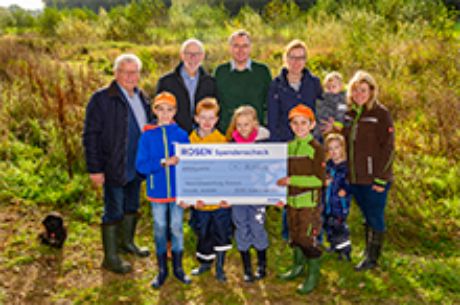 The ROSEN Group in Lingen and the local nature conservation foundation worked together to raise awareness for our environment. Over the summer, students from the region were invited to participate in free environmental education courses and a donation of 10,000 euros was given to the foundation. This donation was the result of a “Bike to Work” initiative, where ROSEN employees raised funds by biking to work instead of driving a car.

SWIMMING WITH AN OLYMPIC CHAMPION 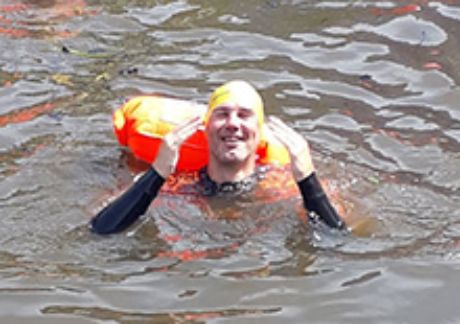 At the end of June, Maikel van Benthem from ROSEN Oldenzaal took part in a swimming tour along eleven Dutch cities. The event was initiated by Olympic champion Maarten van der Weijden, to raise money for his cancer research charity. The 111 participants, however, did not have to swim all 200 kilometers between the cities; instead, they swam as much as they could in each location. Maikel raised a total of 5,000 euros, which was added to the overall 5.1 million euros raised during the event.

KICKING FOR A GOOD CAUSE 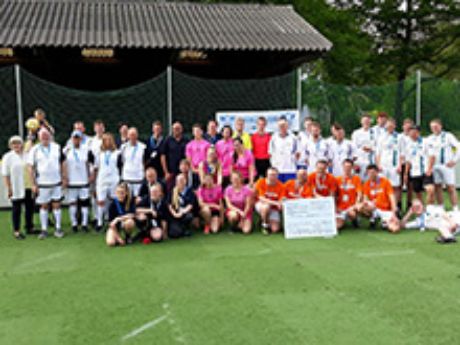 A team consisting of ROSEN colleagues from Europe participated in a soccer tournament in May, winning first place. What made it special: the registration fees of all participating teams were donated to a charity at the end of the tournament. The winners were allowed to choose the charitable organization. Our team chose “Birthday Box – Dinkelland,” an initiative that ensures children in difficult situations can still celebrate their birthday.

FROM AIRDRIE TO OLDS 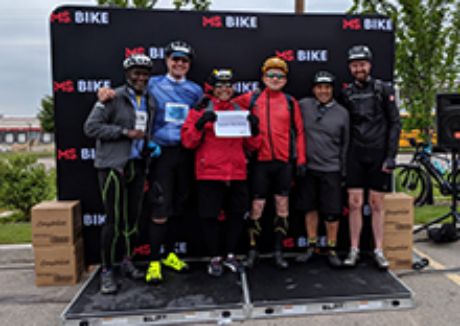 A team of six colleagues from ROSEN Canada participated in the MS Bike Ride this year. Its goal is to support people aﬀected by/suffering from multiple sclerosis. The fundraising campaign took them from Airdrie to Olds and back again — a total of 160 kilometers. In the end, the team was able to raise $4,770, which was then donated to the MS Society of Canada for research. 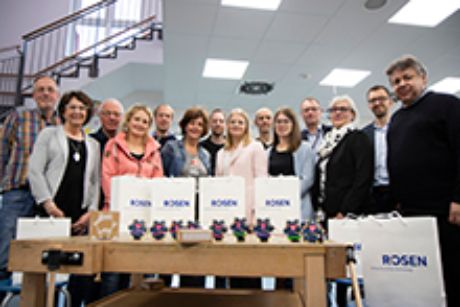 ROSEN supports digital competence in the region near the Lingen offices. Elementary schools were provided with a class set of Calliope boards and teaching materials. The one-board computers oﬀer students early and easy access to programming while fostering an interest in science and technology. ROSEN’s elementary school ROBIGS set up a teacher competence center to introduce those computers and share information about the correct handling and use during lessons. 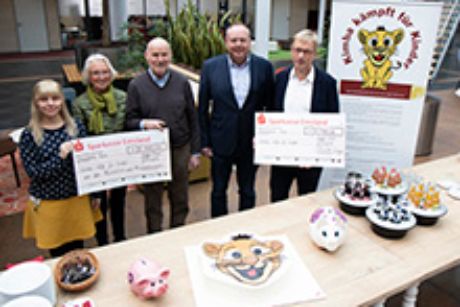 ROSEN colleagues raised €2,000 for the children’s aid project Kimba. This project supports girls and boys in the region who are directly aﬀected by hardships. The money originated from the “Restcent-Aktion” (the voluntary donation of the “cents” on the end of a monthly salary) of various departments. A total of €1,000 was raised by the colleagues and, as a thank you for the commitment of the employees, ROSEN doubled the amount. 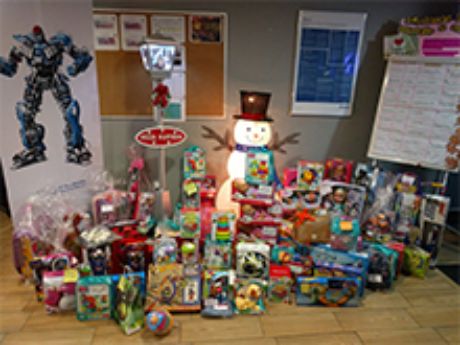 Adopt-A-Family supports about 300 children in the Canal Winchester Community in Columbus, Ohio, every year through sponsorships. This includes equipping them with warm winter clothes and food. ROSEN has been participating in the program for two years now and has been able to provide 25 children with clothing and shoes since then. In addition, each child received three items from their personal wish list – carefully wrapped by Santa Claus, of course.

In Mexico City and Veracruz, ROSEN employees support the joint initiatives “Casa cuna la luz” and “Unidos por un mismo fin.” They aim to fulfill the Christmas wishes of children in orphanages. ROSEN has been part of this initiative for more than five years, and every year we collect at least 100 gifts in our offices to make those children happy. 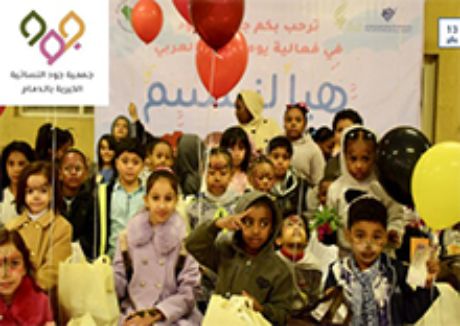 Founded in 1977 by 40 Saudi Arabian women, JOUD is a non-profit organization dedicated to helping low-income families. ROSEN employees in Saudi Arabia supported the organization with donations. Everyone had the opportunity to give as much as they wanted, and the company doubled the amount at the end. 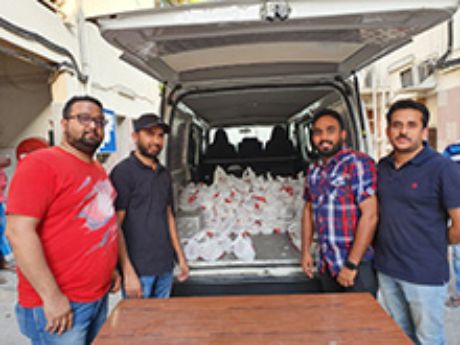 During Ramadan, the month of fasting for Muslims, the colleagues at ROSEN Middle East were excited to support their local community. They distributed a total of 600 bags filled with dates, snacks and drinks on the streets. These were intended for iftar, the breaking of the fast and joint dinner during Ramadan. 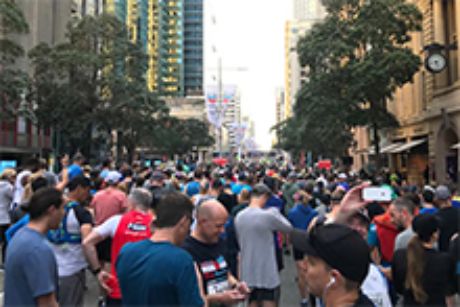 19 years ago, employees in Australia participated in the "City to Surf" race in Perth for the first time. The event has been held annually since 1975 and is a fundraiser for people with disabilities. Since then, participation has become a tradition, and ROSEN Australia has joined forces with 20,000 other participants again this year to reach the finish line and raise money. 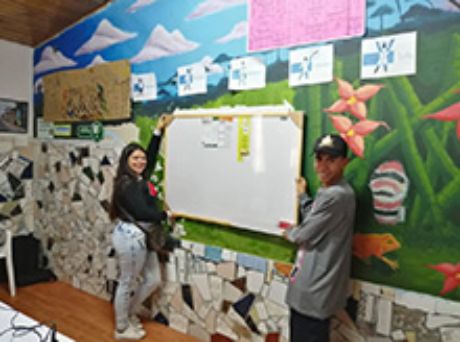 ROSEN employees in South America collected food for a homecare organization and donated money to a church so they could purchase new household appliances. They also donated tables, chairs and blackboards to the Childhood and Development Corporation. The organization is committed to promoting peace by supporting children through education and talent development. Additionally, employees in ROSEN Brazil donated clothes and toys to an orphanage, and the company sponsored IT equipment for a public school that supports children with disabilities.

A LINK BETWEEN SCIENCE AND THE INDUSTRY

ROSEN in Kuala Lumpur supported the PRESTIGE program (Practical Environmental, Safety & Industrial Guidance for Student Engineers). The platform aims to link science and the natural gas industry. In 2019, the program oﬀered 60 students insights into companies and technical facilities. The importance of environmental protection was also addressed during a mangrove planting campaign. 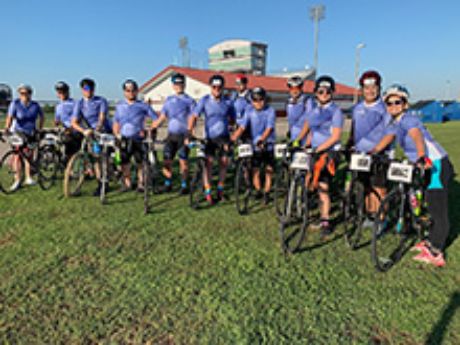 BP MS150 is the largest fundraising bike tour in the world. Each year, approximately 75,000 cyclists and more than 6,000 teams come together to support people with multiple sclerosis. The ROSEN USA cycling team participated for the second time and raised $ 10,000 for this cause.