For the seventh time, the trainees of the ROSEN Group in Lingen (Ems) as well as the children of the bilingual daycare center ROKIDS and the bilingual grade school ROBIGS have committed themselves for socially disadvantaged children in the region. Through their commitment and with the support of the ROSEN employees, 300 Christmas presents could be handed over last week Tuesday to the Youth Welfare Office of the city of Lingen (Ems), Germany, as well as the Catholic Association for Social Services in Lingen e.V. (SKM). In addition, Lara Feldmann (City of Lingen) and Jens Pinkhaus (SKM) accepted a donation of 2,000 euros.

Trip to the Play Paradise

"Last year, with the help of the donation from ROSEN, we were able to give 150 children from Lingen and the surrounding area a great day out. The younger ones spent an action-packed day at the "Crocky" play paradise and the older ones were able to visit the Phantasialand during the Easter vacations," reports Lara Feldmann from the city of Lingen, Germany. "It was great to see how much fun the children had. They still talk about their experiences today." 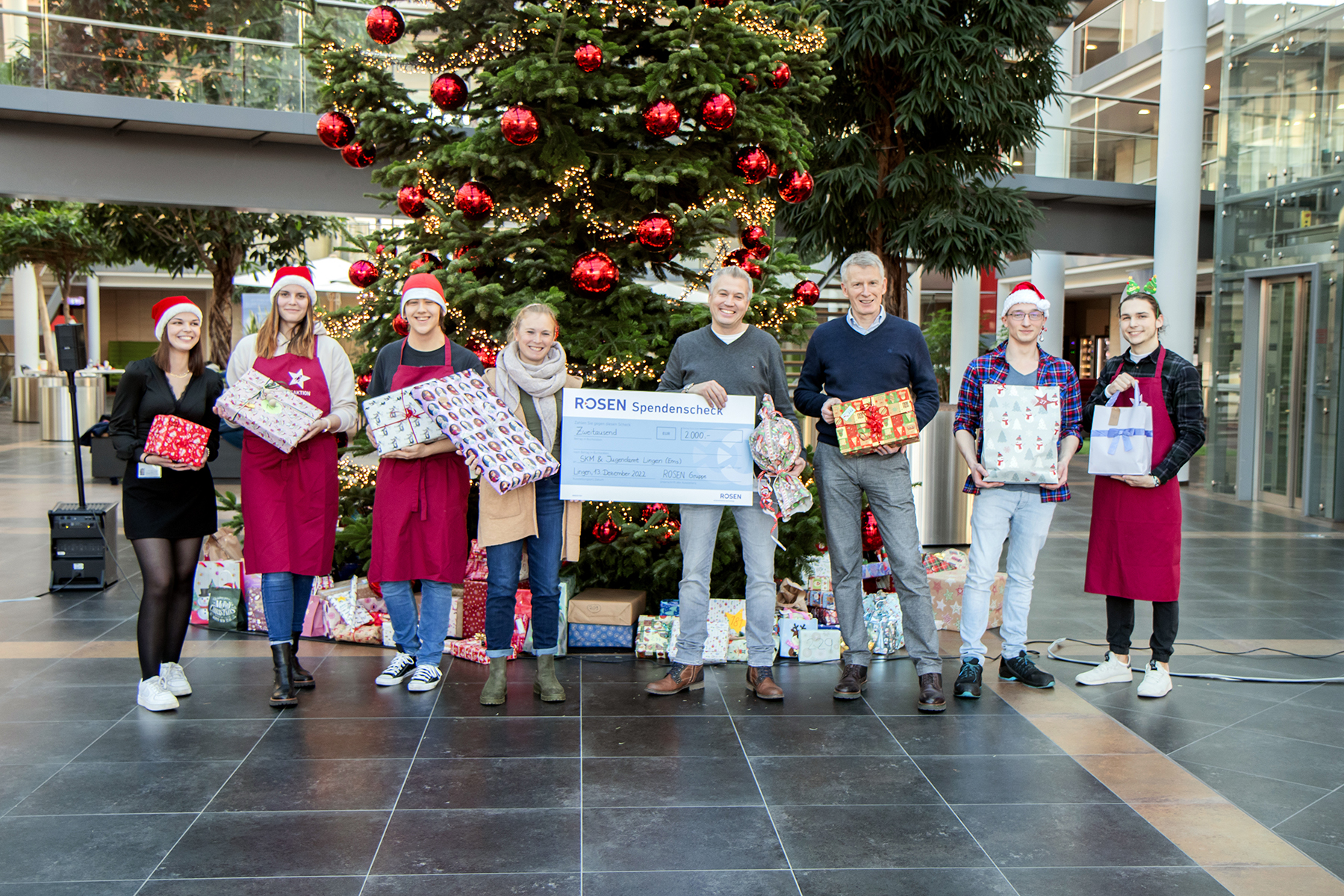 The trainees had called for an internal fundraising campaign again this year and baked waffles. The waffle donations also went into the donation pot. The total sum was finally doubled by the ROSEN Group. Among other things, around 100 euros of the donation total came from deposit proceeds: as part of a trainee recruitment campaign, we have been handing out iced tea on various training professions since this year. The empty cans were collected and now redeemed for the good cause. "This year's donation will benefit many girls and boys. But before that, 300 pairs of children's eyes will light up when they find their presents under the Christmas tree on Christmas Eve," Feldmann continues. 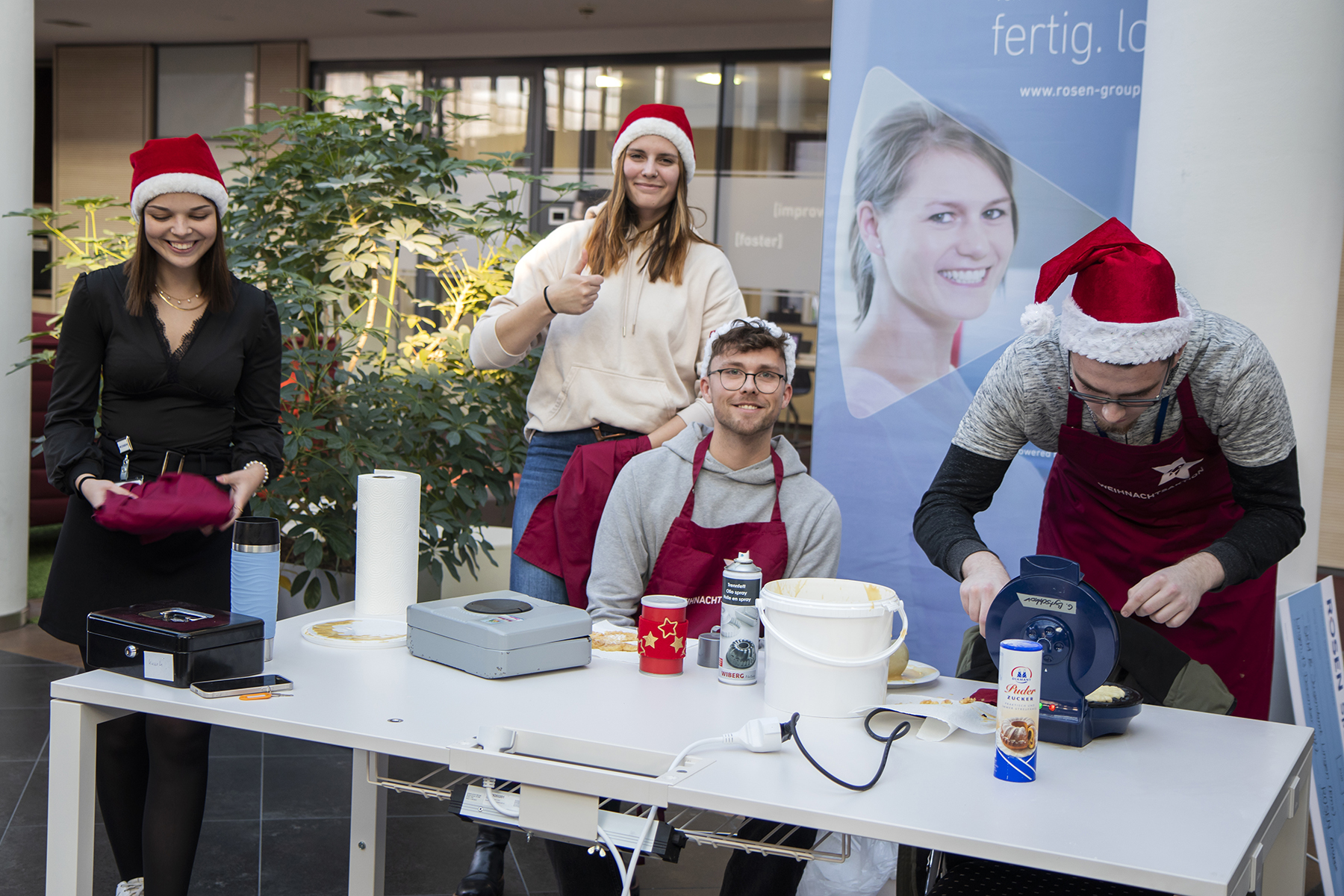 One Star, One Wish

In the Christmas campaign, socially disadvantaged children from the region express their personal Christmas wishes, which are fulfilled through the joint commitment of the trainees as well as the employees. Children from ROKIDS and ROBIGS make stars, which the trainees hang on the Christmas trees at our location in Lingen. All employees have the opportunity to take a star and fulfill the corresponding wish. As in previous years, there was also the option of accessing a digital wish tree. This way, employees who work digitally could also participate in the campaign.

Patrik Rosen, local representative of the owner family, said on the occasion of the handover: "The commitment of our trainees and the children of ROKIDS and ROBIGS impresses me every year anew – as does the willingness of our employees to actively participate in the campaign again in its seventh year. As a company, we are of course happy to support this and are pleased to be able to give socially disadvantaged families in the region a helping hand, especially in these challenging times." 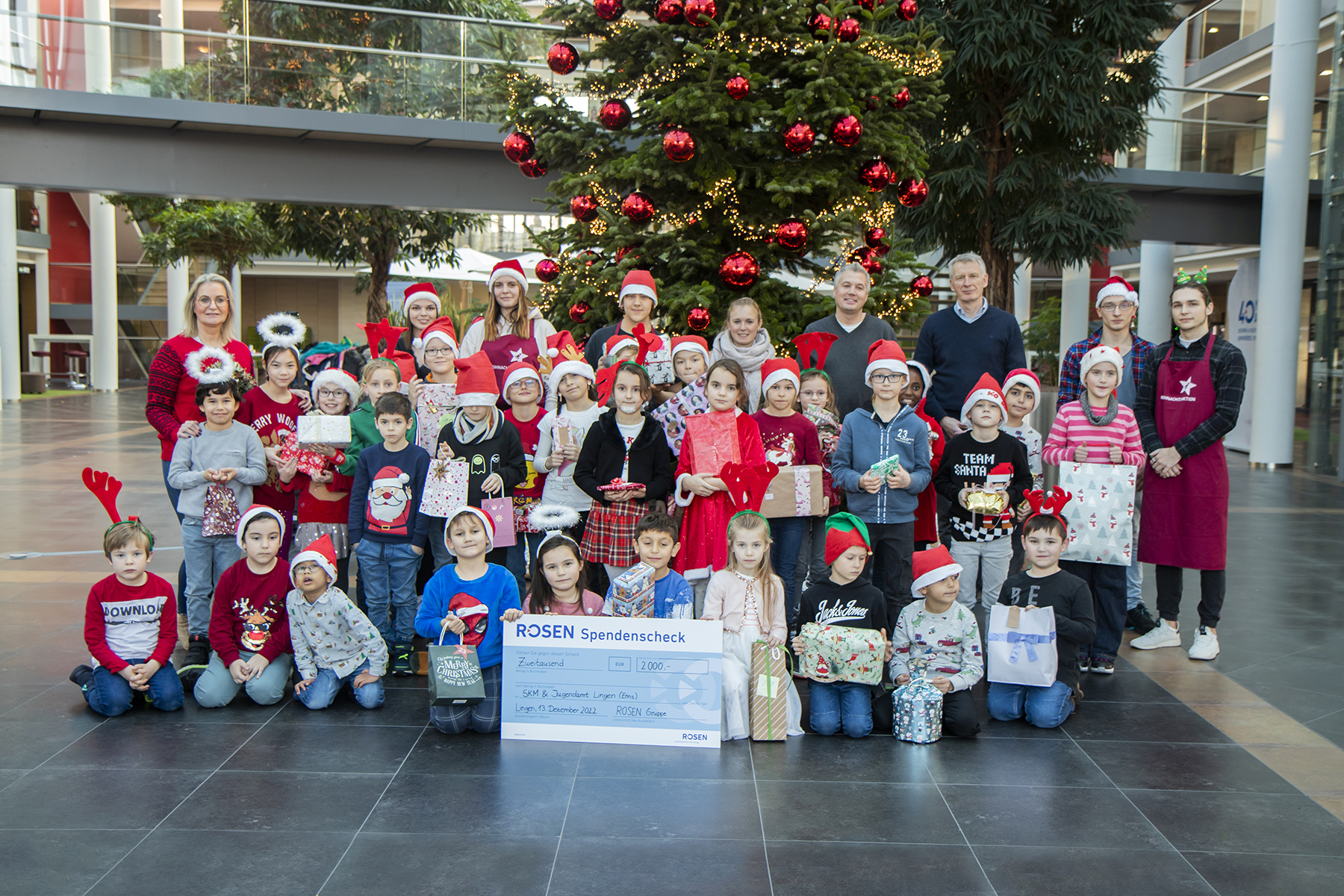 A Van Full of Gifts

"When we trainees were asked who would like to help organize the campaign, I was immediately enthusiastic. It was a lot of fun to organize and prepare everything together and to see the result today with the knowledge that we were able to make a good difference," says Julius, a first-year apprentice as an IT Specialist for System Integration. After two years in which the handover could only take place on a small scale due to the pandemic, this time the children from ROBIGS were also on site again. They sang Christmas carols and took great pleasure in helping to put the countless Christmas-wrapped packages into the van before they set off on their journey to the families. 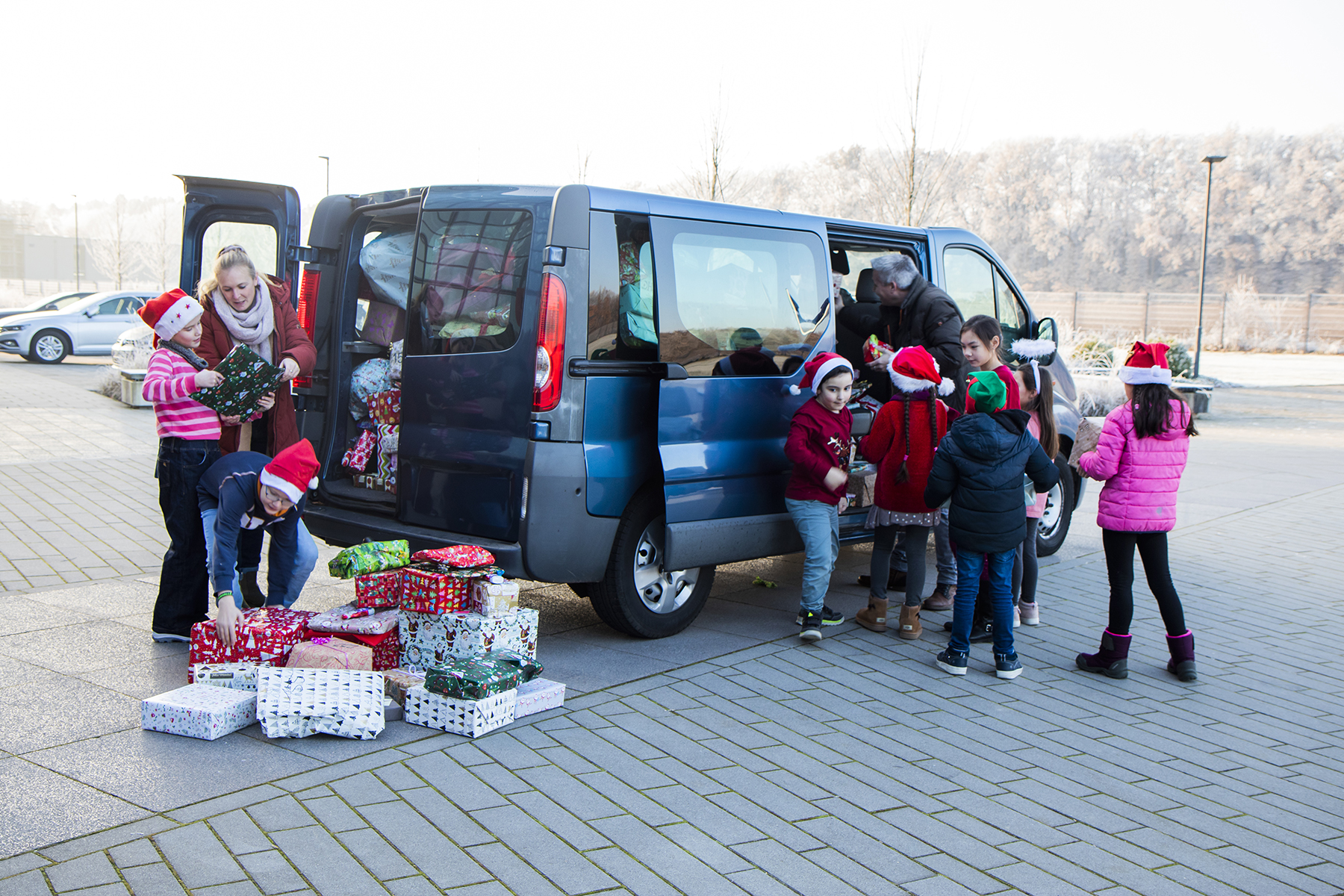