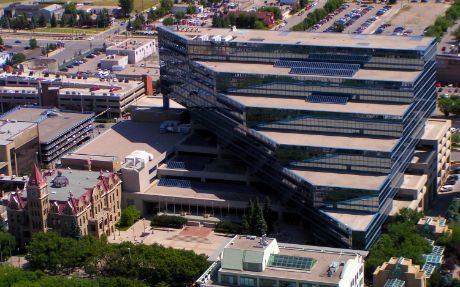 Calgary is a city in the province of Alberta, Canada. In the 2011 census, the City of Calgary had a population of 1,096,833 and a metropolitan population of 1,214,839, making it the largest city in Alberta, the third-largest municipality, and fifth-largest census metropolitan area (CMA) in Canada.

Oil was first discovered in Alberta in 1902, but it did not become a significant industry in the province until 1947 when reserves of it were discovered near Leduc, Calgary quickly found itself at the centre of the ensuing oil boom. The city's economy grew when oil prices increased with the Arab Oil Embargo of 1973. 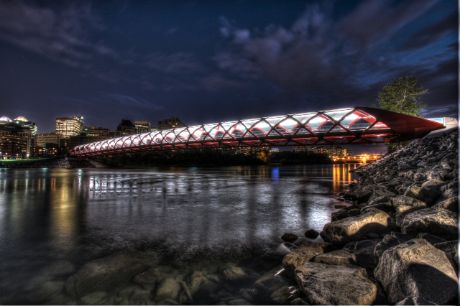 The Calgary International Airport (YYC), in the city's northeast, is a transportation hub for much of central and western Canada. In 2013 it was the third busiest in Canada by passenger movement, and third busiest by aircraft movements. It is a major cargo hub, and is a staging point for people destined for Banff National Park and the Rocky Mountains.

Calgary's presence on the Trans-Canada Highway and the Canadian Pacific Railway (CPR) mainline (which includes the CPR Alyth Yard) also make it an important hub for freight.

Source: All data from Wikipedia.com