In a nutshell:
As we strive to fully understand the state of assets, we also begin to reach the limit of technological capabilities. As a result, we find ways to extend those limits; one of these is combining the strengths of multiple technologies. The benefit of combining technologies for the inspection of pipelines lies primarily in the combination of data sets when analyzing features. With more information, and different perspectives, the personal interpretation that is so often needed with identifying features becomes less necessary as the data becomes clearer. This unique method of combined technologies allows for more accurate and reliable integrity assessments. The following article shows the effects and benefits of combined data sets both mathematically and in practice.

Open both eyes, and you will see what is really there! That is the idea behind the combined diagnostics approach ROSEN takes to truly understand the current state of a pipeline. Various industrial assets present a wide range of potential damage mechanisms. Specifically in pipelines, while single threats may compromise operational safety, combined threats such as corrosion within dents or cracking in corrosion pose an even higher risk to the asset’s overall integrity. Inline inspection technologies have developed rapidly in the past decades. The variety of measurement techniques has increased, as has their individual reliability. Nevertheless, even with features detected in data of the highest possible resolution, the conversion to source properties, and eventually the classification of a feature, is left up to the personal interpretation of the analyst. Therefore, to ensure we are always presented with the most accurate picture, one technology is not always sufficient. Combined diagnostics solutions put just this to the test, combining the individually strong technologies to produce multiple data sets that can deliver a full picture of an asset.

Just do the math

The classic proven method to overcome non-negligible risks of one control system in critical cases is using two, the so called “four-eyes principle.” The mathematical calculation of the Probability of Detection makes this plausible and seemingly straightforward:

Having two systems, a and b, with independent Probability of Detection, P, results in a “combined” value:

To put it simply, using an ILI system with a detection probability of 92% may not be tolerable, but combining it with another of a POD as low as 88% provides more than 99% performance.

In reality, ILI data analysis benefits even more from independent measurements than mathematical formulas suggest, because a significant component in understanding the information is data interpretation based on gained experience. Even neural networks do the same. Machine learning systems have similar procedures: they collect various data sets from different sources and interpret the entire picture to get the ideal result. Oftentimes, even non-ideal data sets can lead to unexpected success.

One theoretical example for two such data sets would be a standalone Ultrasonic (UT) measurement looking like a missing signal that may not be interpreted as an anomaly. Equally, a small-scale spot in standalone Magnetic Flux Leakage (MFL) data may be interpreted as a pinhole of 4 mm in diameter at 40% depth. Combining these two observations at the same location will result in the identification of a 2-mm pinhole with more than 80% depth. This change is made possible because the MFL signal was reinterpreted based on the very small extent visible in UT. This demonstrates that combined interpretative differentiation is more than number crunching. Averaging results is not sufficient; in this case, 80% maximum depth was identified instead of the original 40% observed maximum.

For complex corrosion, the reinterpretation of ILI data supported by an independent technique (such as direct assessment) may improve enormously. The first data example in Figure 1 shows how MFL delivers the appropriate depth of 74% based on UT shape interpretation support, while UT itself is missing the deepest spot.

This advantage usually applies to a distinctive selected sub-group of anomalies. As the example in Figure 2 shows, the majority of features (blue squares) remains UT standalone, but an important part (red circles replaced by green squares) benefits from MFL amplitudes. Figure 3 provides a data example which is group-wise characterized in Figure 4. The majority of displayed features of the two technologies (MFL and UT) consist of clearly sizeable signals (shown by the green and orange pattern). Also shown is a group of combined interpretations (black ovals and grey squares). A third beneficial group that is outlined (yellow) are features suitable for on-the-fly calibration, i.e. unambiguous features of defined shape suitable for letting UT finetune MFL sizing models. Figure 5 sketches the principal workflow for identifying these different kinds of groups: Type I the features combined from MFL amplitudes and UT shapes, Type II the calibration type features (yellow in Figure 4), and Type III the majority of features based on UT observations and MFL plausibility checked (green hatched). More than one way to look at it

The combined ILI approach can improve the sizing and classification of challenging anomalies significantly. Unfortunately, the MFL/UT combination does have its limitations. Requiring a liquid couplant makes applying UT in gas impossible. However, the combination of the independently magnetized fields of two MFL systems perpendicular to each other (MFL-A/MFL-C) bears similar advantages, including in regard to the procedure.
Figure 6 shows a dramatic example of a slotting type geometry class assembly of complex external metal loss, which is obviously not able to fully cover with only one of the two MFL magnetizing directions. Procedurally, the combination of two such data sets is very much comparable to the MFL – UT example. Again, better defined anomaly signal properties support the interpretation of the opposite system. An example is given in Figure 7. The simultaneous interpretation puts higher weight on the more robust information. Both sizing results benefit from this procedure and demonstrate again that combination is principally better than simple averaging.

Figure 7 – Exchange of robust information improves interpretation of both systems

The data example in Figure 8 shows this principle for a group of features and its results in comparison to standalone sizing in Figure 9. Even from a purely mathematical perspective alone, two measurements dramatically improve the detection and classification of features.

However, the sizing models and the defect sizing itself also improved significantly with selective weighted combination. Therefore, the already relevant statistical combination benefit is exceeded.

More information about the services mentioned above: 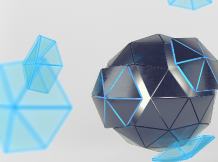