Our world is moving and so are the pipelines

Landslides, seismic events, settlement, and erosion are some of the many examples of geotechnical hazards that can impact buried pipelines. Geohazards often result in significant external loads or loss of support, which bends the pipeline and shifts it from its original position. Significant external bending loads and the associated high strains can pose an integrity threat to the pipeline, as it may rupture or buckle. For this reason, the monitoring of external loads through strain assessments and pipeline movement assessments is crucial to the safe operation of a pipeline. Bending strain assessments identify areas where the pipeline is deformed beyond allowable code limits. Pipeline movement assessments can utilize repeat inertial measuring unit runs and geo-spatial data to identify areas of active bending movement, making it possible to calculate a rate of change in bending strain. This article presents a 2017 validation case in which these assessments provided an operator with the information needed to identify and mitigate potential geohazards. 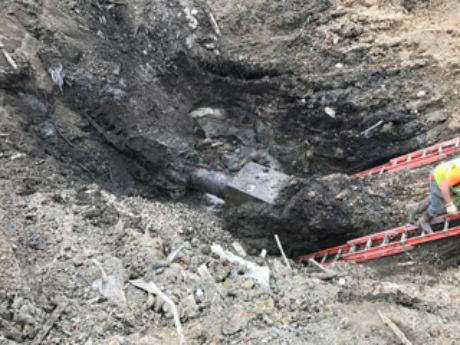 This was the case in late 2017 with an operator in the US who completed an inspection in 2015 using a combo ILI tool. After experiencing a product release associated with settlement related issues, the operator decided to perform a bending strain assessment on the available IMU data. The assessment identified high bending strains in the area of the failure. In addition, the bending strain analysis identified an additional location on the pipeline with strains exceeding the reporting threshold. 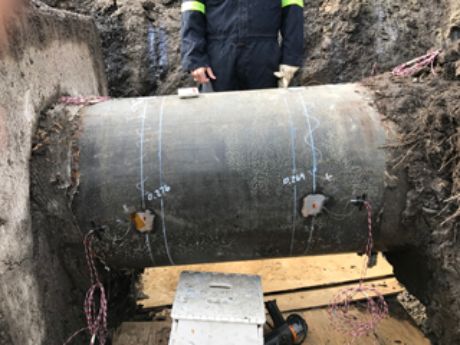 With this information and after reviewing the results of the bending strain analysis, the operator was able to act proactively and decided to excavate the high-strain location and replace the affected portion of the pipeline. As part of this rehabilitation effort, the operator requested that ROSEN collect in-situ strain measurements for comparison with the reported bending strains. This data would be used to verify the accuracy of the data and the bending strain assessment process. The in-situ strains would be measured using strain gages placed on the pipe near the locations where the pipeline would be cut. 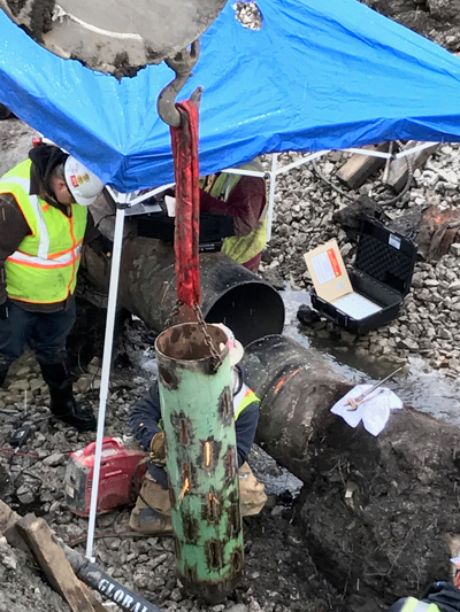 ROSEN provided data-collection support prior to and during the excavation efforts. Prior to the excavation, ROSEN evaluated the site to identify a suitable location for initial excavations based on site conditions and the bending strain data. Choosing the initial excavation site proved to be challenging because the bending strain area was located below a business driveway dividing a swamp. It is desirable to excavate as little as possible prior to the placement of strain gages to avoid relieving any in-place strain. However, equipment access and personnel safety are also factors that must be considered when selecting the location for gage installation. ROSEN’s input into selecting the initial excavation location was critical in ensuring that quality data was gathered.

During the excavation, ROSEN provided on-site direction once the pipe was uncovered. 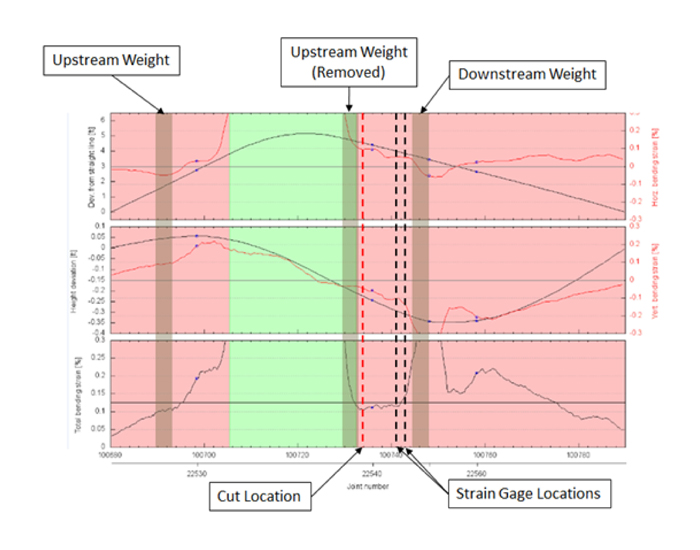 This data provided valuable confirmation to the client regarding the performance of the IMU technology and the bending strain data. In addition, ROSEN’s in-the-ditch expertise with strain gage measurements was valuable in ensuring that quality data was collected.