Predominantly for passenger trains, the wheel axles of the various trains and wagons must be tested for signs of wear in ever shorter intervals. External non-destructive testing of the various axle types using ultrasound is not possible due to the many added parts such as gears, breaks, wheel discs, etc. However, nowadays, most axles are equipped with longitudinal bore holes that allow for internal inspections. Special focus during these inspections is placed on existing longitudinal and transverse cracks on the axle surface as well as volume defects. 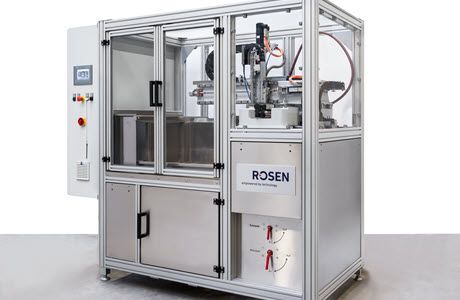 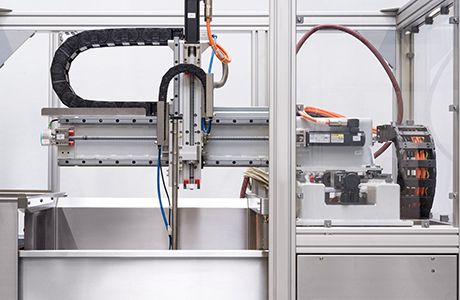 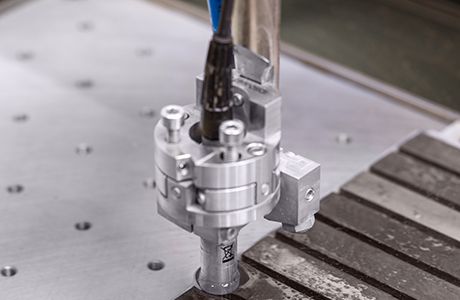 ROSEN has developed the automated hollow axle testing system to allow for greater operational capacity and shorter downtimes of the trains. Testing of the axles with longitudinal bore holes is carried out using ultrasound testing technology. Oil is used as coupling aid. We use immersion technique probes mounted inside a rotating probe carrier. Various intromission angles are employed to detect transverse, longitudinal, and volume defects. The probes mounted on the feed unit can be docked to all axle types using adapters. After testing has begun, the probe carrier is pushed to the opposite side of the axle through a feed unit while the sealed part of the probe head is flooded with oil. The test data are collected while the probe is retracted and immediately shown on the analysis screen. The test is carried out on a helix path along the longitudinal bore hole. After completion of the test, conspicuous areas of the axle can be analyzed more closely, if necessary. The test results are then recorded and stored.

We are making our expertise in the field of industrial testing available.
read on Industrial Diagnostics