The ABCs of Magnetic Flux Leakage

Axial or circumferential? How do you know which technology is needed?

Corrosion is well known as one of the most prevalent threats to asset integrity. Multiple types of internal and external corrosion, such as pitting, channeling, corrosion under insulation and preferential weld corrosion, affect pipeline integrity. Metal loss defects, especially active corrosion, are a major threat to pipeline integrity and cause significant costs, e.g. due to reduced operating pressure.
Metal loss defects can occur at any stage of a pipeline’s life.

WHAT IS AT STAKE?

A client with established integrity programs had run the acronyms from A to Z – from electromagnetic acoustic transducers (EMAT) to extended geometry tools (XTs) – on various assets throughout their life cycles. All, that is, except MFL-C. Pipelines, especially those that have been in service for long periods, are constantly exposed to conditions that threaten their integrity. Different defect types represent various levels of risks to efficiency and productivity, on the one hand, and to the safety of the public and the environment, on the other. If a failure occurs, the top priority immediately becomes the safety of people and the environment. In this case, a failure occurred, and the response was instant. Following the incident, it was crucial to determine what went wrong and learn from it to ensure it would never happen again.

The pipeline integrity industry has a number of technologies utilized for metal loss detection and the threat of corrosion. These technologies include axial magnetic flux leakage (MFL-A), circumferential magnetic flux leakage (MFL-C), ultrasonic testing (UTWM) and internal eddy current (IEC). Most common in North America is the use of MFL-A technology. Generally, traditional MFL-A technology, which applies magnetic flux in the axial direction, is used. In some circumstances, this technology has difficulty detecting and quantifying long and narrow, axially oriented anomalies affecting both the pipe body and the seam weld. To ensure detection of such anomalies, the MFL-C tool was designed to apply magnetization around the circumference of the pipe, as opposed to the axial direction applied by typical MFL-A tools.

A client who had previously worked with ROSEN at multiple locations contacted ROSEN for assistance with one of their assets. ROSEN had previously inspected this asset with a combined MFL-A, geometry and inertial measurement unit technology (MFL-A/XT/IMU). The client suspected the line might have suffered from a long-seam failure and was looking for a solution to find what service would help them to determine the failure mechanism acting upon the asset. To address this and discover all potential threats on the line, the use of RoCorr MFL-C was deemed necessary – a new technology for this client. 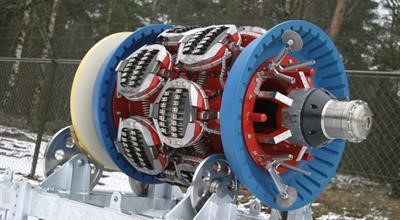 With a plan in place, the inspection began in January of 2019. The in-line inspection was completed without complications. The inspection results were within tool tolerances and met full performance specifications. Once the inspection was completed in full, ROSEN's data evaluation team analyzed the results. The data found large sections of the line were suffering from axial pitting and axial channeling corrosion at the 6 o’clock position. These threats were previously unknown and unexpected, yet they represented information that was crucial to have in order to maintain the integrity of the pipeline and, most critically, the safety of people and the environment. In 2021, the operator proceeded with in-field integrity digs to verify the results and further increase their understanding of the features. The results were reviewed in December of 2021. It was apparent that there would have to be other assets in the same area that could be suffering from the same corrosion mechanisms.

As a result of an unknown failure mechanism, the operator pursued the use of MFL-C technology to help determine whether there were any other integrity threats. The use of the new technology and the unknown factor that drove the investigation was well worth it. The discovery of threatening features was critical to maintaining the integrity and safety of the asset, which can now be addressed proactively. This case provides a greater understanding of the technology and the benefits of its use in conjunction with the more traditional corrosion detection technologies mentioned earlier, such as MFL-A. This year, the operator will continue to apply MFL-C because of the decision-making benefits this technology provides.

From the moment line pipe is manufactured, it is subject to flaws and suffers deterioration. Corrosion is a particularly significant threat, which, if not detected, monitored and mitigated, creates irreparable damage. read on Pipeline Corrosion Management