5 Geological Hazards You Can Handle with an Integrity Management Approach

Geological hazards are caused by environmental and geological conditions that may compromise the integrity of pipelines. This article describes a variety of geohazards, as well as the best practices proposed by the industry for geological threat management.

Geological threat management is part of the bigger picture of pipeline integrity management, which begins during the design phase. Once the geological characteristics of the terrain are known, the pipeline’s optimal layout is identified, which helps to avoid geological hazards as much as possible. This is not always feasible, because, aside from already identified threats and due to environmental conditions, additional threats may arise throughout the assets lifetime that could seriously endanger the pipeline’s integrity. Therefore, risk mitigation begins with the correct identification of any geological hazards, followed by prompt implementation of the appropriate mitigation actions.

The geological hazards that usually cause the most damage to pipelines include: landslides, rock falls, avalanches, sinkholes, seismic movements, river crossings, floods, volcanic activity and erosion of the soil surface, and backfill.

Landslides
The most common geological hazards are landslides, which can also be associated with sliding, as the occurrence of this phenomenon is the result of soil crumbling or falling due to gravity in certain areas. Landslides can occur on slopes with gradients of less than 10%. The difference in higher slopes lies in the speed of movement and the amount of soil deployed. The main factors that cause landslides are the variation of the slope gradient and the changes caused by rain that can cause separation of the soil layer from the bedrock. In short, a landslide is the sliding of an unstable groundmass over another stable groundmass through a surface of scarce thickness.

River Crossings
River crossings are also considered a threat to pipelines. Although pipelines are buried under the riverbed, phenomena such as floods and heavy rains can lead to scour of the riverbed, i.e. erosion of the riverbanks, leaving the pipeline exposed. In this case, the main problem is the oscillation produced by the water flow over the pipeline. Unnoticed, it can result in a rupture, and if the transported product is liquid, the damage caused could lead to water pollution.

Geological Faults
Another big threat to pipelines is posed by geological faults. These can produce abrupt displacement of land or overstress, which can also lead to rupture. This threat has an advantage over others, because, in a way, it is possible to be prepared in advance, since the direction and type of movement complies with the tectonic movement of the area in which the pipeline is located. In the event that the pipeline's trajectory runs through an area with the presence of geological faults, specific mitigation measures can be designed in advance.

Liquefaction
Liquefaction occurs mainly during seismic movements where an earthquake temporarily causes a change in the water pressure found in the soil pores, causing a momentary liquid state that can result in pipelines starting to float as they lose their grip to the ground; this can cause lateral movement. Therefore, once the solid state of the ground has been restored – and if the pipeline is not in the initial position in which it was buried – higher external loads could be generated.

Sinkholes
Sinkholes occur mainly when there are cavities under the pipeline's trajectory and ground. Due to humid conditions or certain earth movements, it loosens up and leaves the entire space of the cavity uncovered. These cavities can be created naturally or artificially (i.e. by abandoned mines). After heavy periods of rain, flooding or seismic movements, conditions are generated that lead to these cavities loosening up and then causing sinkholes.

Now What? The Threat is Real – Make a Plan to Manage It

After defining the main geological hazards, we can move on to their management phase, both during the design stage and during pipeline operation. The new ISO standard clearly outlines the process as consisting of the following stages: identification, assessment and mitigation.

Design Phase
In the initial design stage, pipeline integrity engineers identify all potential geological hazards. Once this stage is completed, they proceed with the assessment stage, where all potential hazards are assessed for risk, and, depending on the level of severity, different risk-approach assessments may be used with the objective of reducing as much of the risk levels as possible in the final layout. All efforts in reducing risk levels at this stage help to maximize the value of the assets throughout their life cycle.

Operational Phase
In the operational phase of the pipeline, geological hazard management follows the same scheme: hazard identification, assessment and control. In order to identify new geological threats, integrity engineers rely on field data and data collected by an inertial measurement unit (IMU) installed on the in-line inspection (ILI) tool. Using this data in combination with the structural estimates, we can determine whether the pipeline is operating in safe conditions or mitigation actions are required to continue operation. In-line inspections with IMU data provide log distances along the run, which allows us to detect pipeline movement by comparing two inspections and also determining the load and stress levels in the pipeline based on pipeline bending. Other available monitoring technologies are satellite detection and fiberoptic sensing, two technologies that can also be used as preventative measures because they can detect the start of movement – especially fiber optic sensing – even though they are very complex in terms of installation and data interpretation. Once anomalies have been detected, the data has been analyzed and the field work is completed, mitigation actions are considered if required.

Finally, we continue to monitor anomalies and establish a strategy to help us understand the threats’ true nature in order to comprehend or anticipate how the pipeline load varies depending on the potential resulting movements. There are currently a number of techniques and technologies available to monitor ground movement, but the technology that allows us to monitor the pipelines frequently is the IMU installed on ILI tools. Obtaining IMU data through ILI runs is the quickest way to detect new events or movements that may not be obvious to visual inspection. We can also use IMU technology to check pipeline movement after heavy rainfall or floods, mainly in sensitive areas. In order to make the operation more cost-effective, cleaning pigs can equipped with IMU technology during regularly scheduled maintenance cleaning or in separate runs. They can be run at high frequencies, so anomalies can be detected a short time after they occur. Therefore, if pipeline stress is building up, it can be detected and corrected before or at an early stage, ensuring safe pipeline operation.

The international standard ISO 20074 proposes a structured geotechnical threat management that, together with state-of-the-art monitoring technologies, allows operators to reduce the risks of pipeline operation in those areas that are particularly susceptible to these natural phenomena. 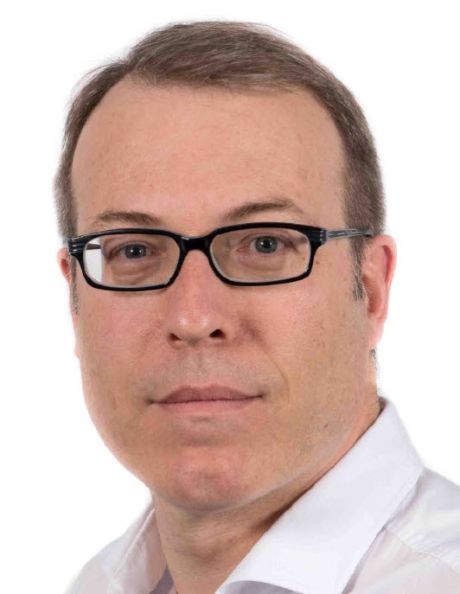 Carlos Herráez is Principal Engineer at ROSEN and Chartered Engineer by the Energy Institute of the United Kingdom, with more than 20 years of experience in pipeline integrity management and threat control. He currently coordinates Rosen UK projects in Mexico and Central America.